skip to main | skip to sidebar

TeenAgent rooms for your enjoyment

Well, it comes time for another update on TeenAgentIm made a little progress with the disassembly, its becoming clearer and clearer how this game works every time I look at it. with thanks to a tip off from clone2727(sorry) I was able to see that john_doe had infact made some TeenAgent resource tools before.
Now while the tools themselves werent anything new to me(I already had displaying and loading code) It was very interesting to find out that his OFF.EXE tool read and displayed the game room background resources from the file OFF.RES.
It hadnt crossed my mind that the background resources were stored in this file I was looking at LAN_500.RES for those.
so now where do I stand
TeenAgent engine in ScummVM currently loads and displays the Union Logic logo from UNLOGIC.RES in a static form(I need to figure out how to load the overlay graphics data properly and then get it animating)
after displaying this logo it then allows the user to run through the games ordering info resources held in ADVERT.RES(this is working 100% like the original) and finally when leaving the ordering info the engine allows the user to scroll through the background images in their plain form(again I need to sort out the overlays before they will animate)
Ive included a few screenshots of the backgrounds running in ScummVM, its nothing major and not really much of an achievement in ScummVM but at least I was able to map the OFF.RES resource numbers to a particular scene. this has helped me figure out which functions call which room in the disassembly and has given me a little more enthusiasm for the task.
so right now Im stuck. I keep getting mental blocks when it comes to the overlay graphics.
I'd like to get this out the way if possible so I can accurately get some animations working in ScummVM, the overlay gfx should be a big milestone too since It 'should' allow me to browse through the rest of the game graphics resources and view them. effectively allowing me to map the rest of the resources and find things like cursor image and actor images.
If anyone fancies helping out I'd be very greatful. see what I need is to take the stream of graphics data I have read in from the file and from this I need to extract three uint16's width,height and destination offset on VGA.then I need to make pixel 255 transparent.
Its not much code to write but for now either im not skilled enough or I am approaching it completely wrong, either way its stopping me from moving on.
well enjoy the screenshots.. 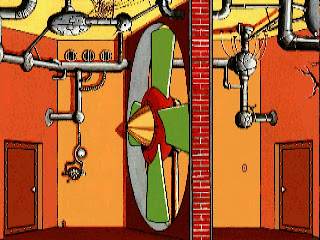 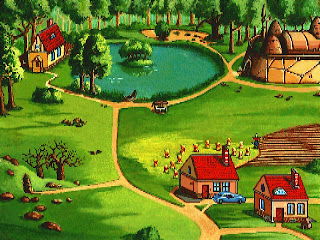 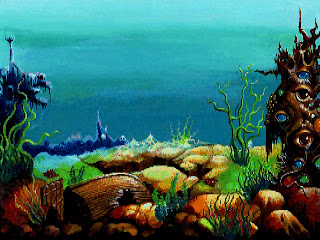 (Ignore the deleted post, it's basically this but with less words. Too bad I can't just edit it... :P)

big typo apparently, really sorry about that, I dont know what I was thinking, ive fixed it :)